Fairways and FunDays, the leading Irish golf tour operator, today announced the appointment of Peter Lawrie, one of Ireland’s most successful golf professionals, as its new Director of Golf. The launch of this Strategic Partnership took place at the K Club, where the gaze of the golfing world has fallen on many occasions, and where this new partnership will start to showcase Irish golf to that golfing world. The partnership will focus on enhancing the golfing experience of the Company’s clients and on expanding market for Irish golf tourism.

Irish golf has been growing worldwide in recent years with in excess of 200,000 overseas visitors playing golf here every year. Such volume accounts for more than 1.7 million bed nights and a financial contribution to the economy of close to €270 million. Asia, where Peter has been a consistent high performer, is seen as a new horizon with strong growth in the Asia Pacific market

According to Tourism Ireland, 2018 was the best year ever for overseas tourism to the island of Ireland, with revenue generated by international visitors estimated at €6.1 billion. This is an increase of 10% on 2017, with record numbers arriving from North America, Continental Europe, Australia and emerging markets.

Fairways & FunDays and Peter Lawrie will be leveraging his reputation in the golfing industry and brand recognition amongst the golfing community, to grow business in traditional and new markets.

“As our new Director of Golf, Peter will use his European Tour experience to host golf clinics for the company’s clients on their trips to Ireland and assist us in building better golfing experiences for our clients,” said Joe O’Carroll, director at Fairways and Fundays. “As a Tour winner and as a consistent high performer in Asia, where he had several top 10 finishes, Peter enjoys brilliant recognition in key target markets such as China. The strategic partnership will aim to convert this recognition and reputation into a growing stream of satisfied customers through our renowned attention to detail and customer focus.”

O’Carroll continues: “Peter Lawrie and Fairways and FunDays share the same passion for golf and have shared values in terms of wanting to promote the game to as wide an audience as possible, while showcasing Ireland as the premier golf destination worldwide.  We also share the same level of commitment to excellence in customer service.”

During the launch, Peter Lawrie said:

“It’s a wonderful opportunity for me having met so many people around the world, now to be able to showcase Ireland to these people. I’m looking forward to getting my hands in and getting involved with Fairways and FunDays.” 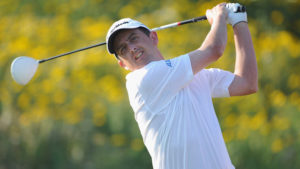 Peter Lawrie is one Ireland’s most successful golf professionals of all time. After an outstanding amateur career, Peter turned professional in 2002. He was named the Sir Henry Cotton Rookie of the Year in 2003, following an exceptional first year on the European PGA Tour.  Peter won the Open de España (formerly the Spanish Open) in 2008.  This is the national open golf championship of Spain and Peter joined Arnold Palmer, Seve Ballesteros, Bernhard Langer, Sergio Garcia and Colin Montgomerie in winning this prestigious tournament.  He retired from professional golf in 2016.

About Fairways and FunDays

The company was founded in 2014, and was named Ireland’s Best Inbound Golf Tour Operator in 2016, 2017 and 2018 at the prestigious World Golf Awards.  Unlike other golf tour operators, Fairways and FunDays exclusively sells tours to Ireland, making them experts in providing the most enjoyable and most authentic Irish Golf Vacation Experiences. Each tour is designed specifically around the needs and budget of the client. Fairways and FunDays also design exciting customised itineraries for non golfers travelling as part of a group.