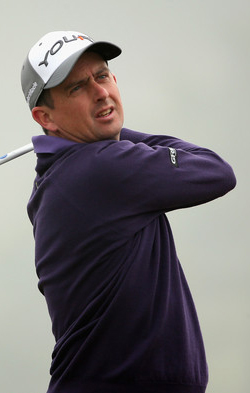 Peter Lawrie is one Ireland’s most successful golf professionals of all time. After an outstanding amateur career, Peter turned professional in 2002. He became the first and only Irishman to be named the Sir Henry Cotton Rookie of the Year in 2003, following an exceptional first year on the European PGA Tour.  This title has since been won by the likes of Martin Kaymer, Jon Rahm and Brooks Koepka. Peter won the Open de España (formerly the Spanish Open) in 2008.  This is the national open golf championship of Spain and Peter joined Arnold Palmer, Seve Ballesteros, Bernhard Langer, Sergio Garcia and Colin Montgomerie in winning this prestigious tournament.  In addition to this win, he finished in the Top 3 on three other occasions at the Spanish Open.

Other notable Top 10 finishes include:

He retired from professional golf in 2016.